A week in Mostar 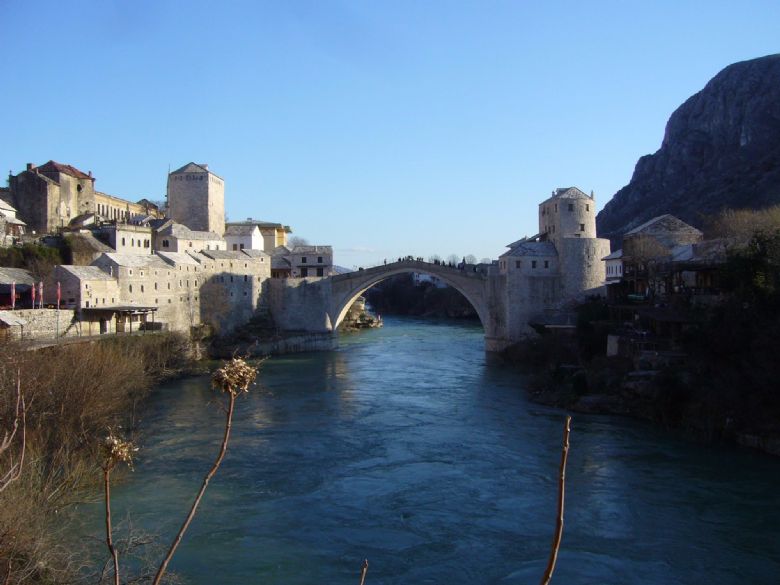 As our residences were separated into 2 parts, one in the “Western” (or Christian or Croat) side, and the other in “Eastern” (or Muslim or Bosnian) side, it is quite lonesome to travel from one house to the other. Luckily, our school is in the middle of the town. Everyday, I walked along the beautiful “eastern” side, often surprised by its architectural structures. Ruins were seen everywhere, but somehow, one gets used to it. Over here, I feel closer to war than back at home because when talking to the local students, I get their perspective of the war. It isn’t that they blame one another, but they accept it as a fact and continue living their lives.

Back at school fairly early for the tutor group meeting and morning assembly. Nice to know what the school is up to and things that are due for us, quite important since we have World Literature, ToK essay and EE due very soon.

After all the lessons, experiments are done, learnt some statistics at mathe-matics class, went for a coffee with teachers and asked their advice on University choices. Carrying my heavy body, I walked back to school and attended the biweekly college meeting to discuss the current issues within school and residents.

Afterwards, we attend the “Global Awareness Conference”. This time we’ve invited someone from the World Bank and discussed about its stand in Bosnia-Herzegovina. Many questions were asked by students, hence the session was extended for half an hour. After an hour of Spanish lesson, I’m finally home. Did some school duties and wanted to have some relaxing times with friends. Got into a very heated discussion regarding world issues in a café instead of “relaxing”, but had a great time.

A little more relaxing as we have more standard level classes on Tuesdays. Hang out with my friends during breakfast and used my free blocks to revise on some historical events which will be discussed during the history class. Today, we had to present events which our family members were involved in. Quite surprised by a German student that her father was in the DDR.

Started debating in the MUN session after lessons. This time it is about the Kosovo independence. As I am representing Russia, I cannot allow this to happen and therefore submitted a resolution to be discussed in the conference. It is our last practice for the Annual MUN conference, for which we invite IB schools from different parts of Bosnia-Herzegovina, different European schools (including Slovakia and Serbia), and of course, of neighbouring UWCs (Adriatic and RCN). 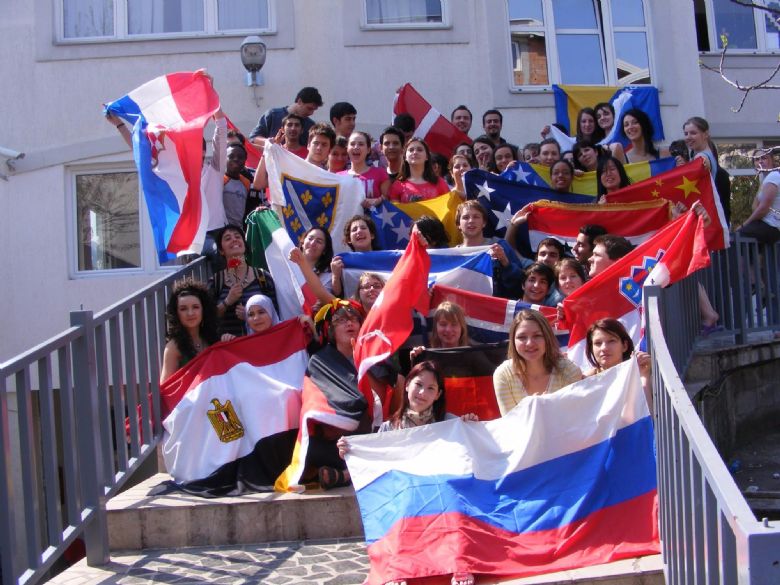 It is nice to do some Yoga in the middle of this hectic week. Walked to the “posh” (this is because you often see expensive European houses and cars running across the street) Western side (Susac house) to the other residence to visit my friends and ate dinner there. Then I began studying as a group with my friends to prepare for the test on Friday. Cycled back to my resident, Musala (Eastern side) and called it a day.

No CAS (Creativity Action Service) nor the first two blocks for me in the morning today so I could sleep until 11:30. I decided to go to school and start working on my essays and have breakfast though, ended up swimming in the river under the old bridge. The water was unbelievably cold, I could not wait to get out of the water. School finished very late today, at around 5:30. However, as there is the weekly World Today session, I decided to stay. People had presentations regarding the America and Iraq relations and there was an interesting discussion after.

Finally, it is last day of school. As a tradition, people often go to Abrasevic, which is a youth centre, for a party. There are different themes for parties every time, this time it is the 50s. Everyone is dressed up as someone who lives in the 50s. Went back home at around 11 instead of 12 (since people above 18 have extended check-ins) because I have my service tomorrow morning. 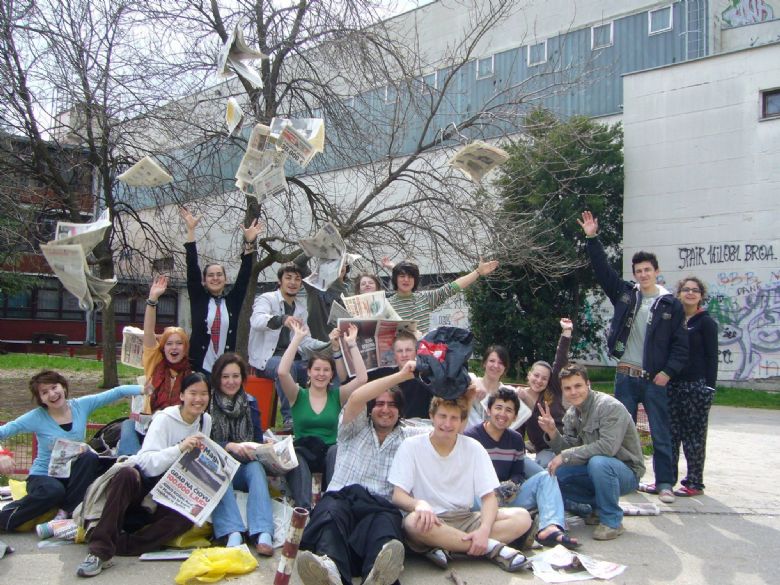 Woke up at 8 and caught the 9 o’clock bus to go to the Refugee camps. It is a neighbourhood where people live if they lost their homes during the war. Kids’ age ranges from 3 to 16 year-old. Sometimes there are less children because they might have gone to Marjorie as a field trip as they are all Christian-born children. We started playing games with that involves English speaking so kids can learn more vocabularies. Sometimes, we paint or do other creative works with children.

After the huge party held in the “Old Man’s Café”, I woke up at around 10am, just in time for breakfast, which is delivered to our residence. Enjoying my long breakfast, chatting with peers and drinking nice tea, I need to start working on my extended essays and other school works that are due fairly soon.